You are here: Home / News / UK Team annouced for Slovakia 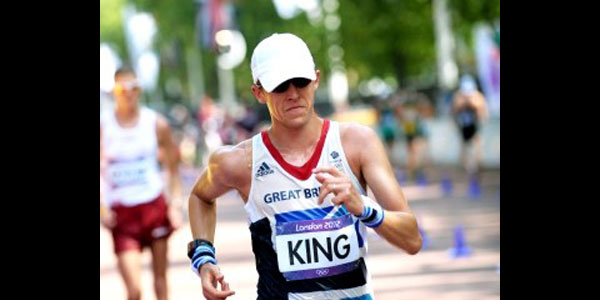 British Athletics today announced a GB and NI team of six athletes that will travel to Dudince, Slovakia, for the tenth EAA European Race Walking Cup on 19th May 2013.

Alex Wright (coach: Raphael Rinaldi) and Tom Bosworth (Andi Drake) will lead the Men’s 20km team. Wright will compete following his early season personal best clocking of 83.05 in Lugano in March while Bosworth was crowned National Champion in Coventry last weekend and set a personal best of 84.44 in the Czech Republic earlier in the month.

In the Men’s 50km event, 2012 Olympian Dominic King (George Nibre) will be looking to build on his early season 20km form as he looks to improve his personal best of 4:06:34 over 50km set last summer.

The Women’s 20km event sees a first GB & NI selection for Bethan Davies (Andi Drake), who won on her 20km debut at the National Championships.

In the Junior Men’s 10km, Jamie Higgins (Andi Drake) will be looking to build on his wins at the National Championships and Lugano International, while 16 year old Cameron Corbishley (Douglas Hopkins) will compete in his first European Cup event.